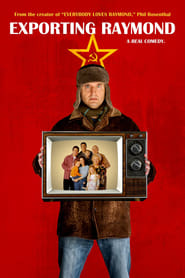 A documentary on Phil Rosenthal's experiences during the making of "Voroniny," the Russian-language version of "Everybody Loves Raymond". More on soap2day

Follow Phil Rosenthal, creator of the hit TV series 'Everybody Loves Raymond,' in this incredibly funny true story of the attempt to translate 'Raymond' into a Russian sitcom. A hilarious, warm and intimate journey of one man, considered an expert in his country, who travels to a distant land to help people that don't seem to want his help. Lost in Moscow, lost in his mission, lost in translation, Phil tries to connect to his Russian colleagues but runs into unique characters and situations that conspire to drive him insane. The movie is a true international adventure, a genuine 'fish out of water comedy that could only exist in real life.

Available on putlocker and 123movies